2015 has come and gone. And, looking back over the year, has it ever been a year with lots of learning, change, happy (and trying) memories, travel and new beginnings. What’s your most memorable memory from 2015? One of mine has to be during my graduation trip with my family. We traveled to Amsterdam, sought out our favorite picnic food and wine, and hopped on a boat with a local, young man who took us on a tour of the city. It was one of those unforgettable, everything-aligned-just-right, moments of 2015. 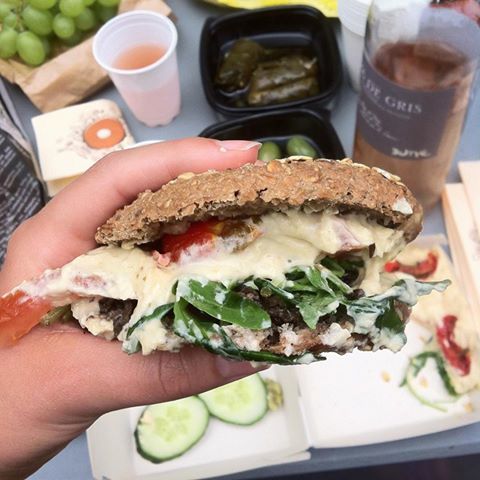 And has 2015 ever been a year of innovative, tasty and “I WANNA EAT MY SCREEN” food. I asked some of my vegan blogging friends to share their MOST POPULAR recipes of 2015 with me… 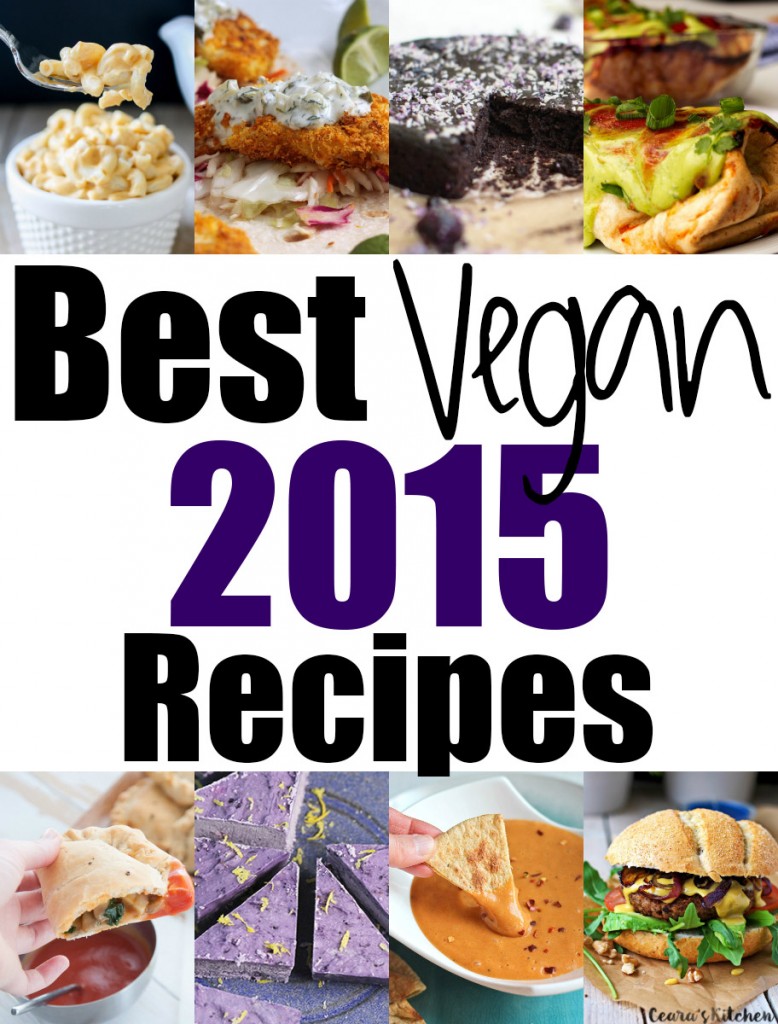 Crispy Coconut Lime Baked Cauliflower Tacos from Veggies Inspired Journey. Jenn: “Without a doubt, this is my most popular recipe from 2015. The flavors all work so perfectly together and the cauliflower is the crispiest you will ever have…promise. It’s a flavor and texture explosion in your mouth! Reader Suz says, “These are legit SO good! Once I saw the beautiful photos I had to try them, and I am so glad I did. My husband and I were literally like, “Mmmm!” at every bite, haha.” 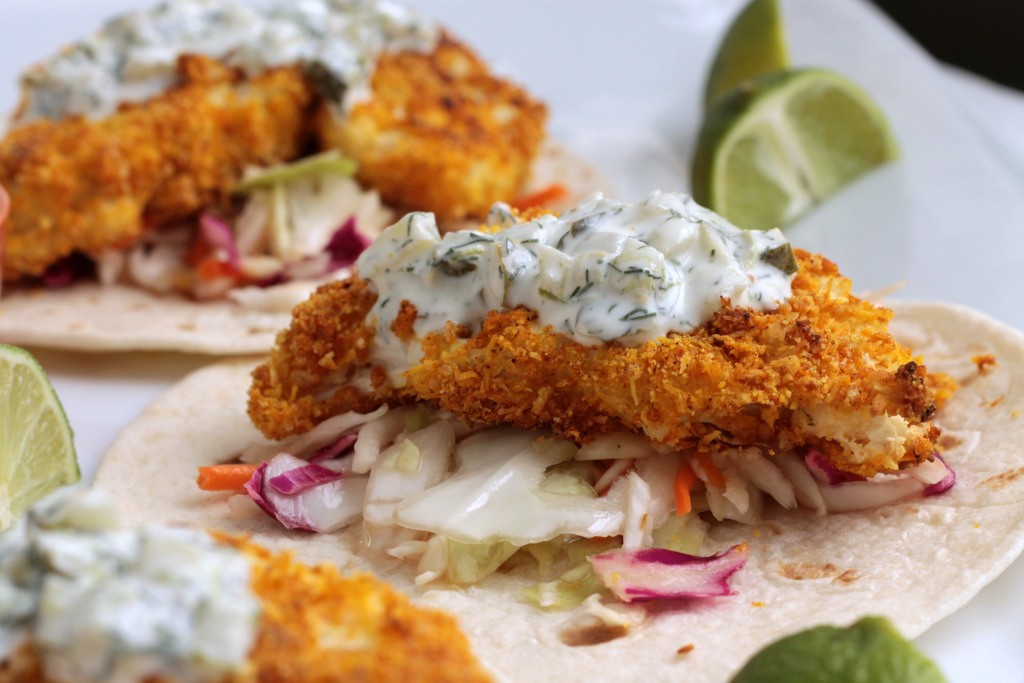 The Vegan8’s Fat-Free Vegan “Cheese” Sauce. Brandi’s reader feedback: “Hi there! So I have tried making mac and “cheese” a bunch of time, never came out that great. I keep trying recipes hoping that I’d find “the one”. I have finally found it! I haven’t even put it on the pasta yet, I can’t stop eating it by the spoonful. Hopefully there’s enough left haha When I first tasted it I literally said “Holy shit. Get over here and taste this NOW!” to my boyfriend. This is so delicious. Thank you for this! This will be a staple for sure!” 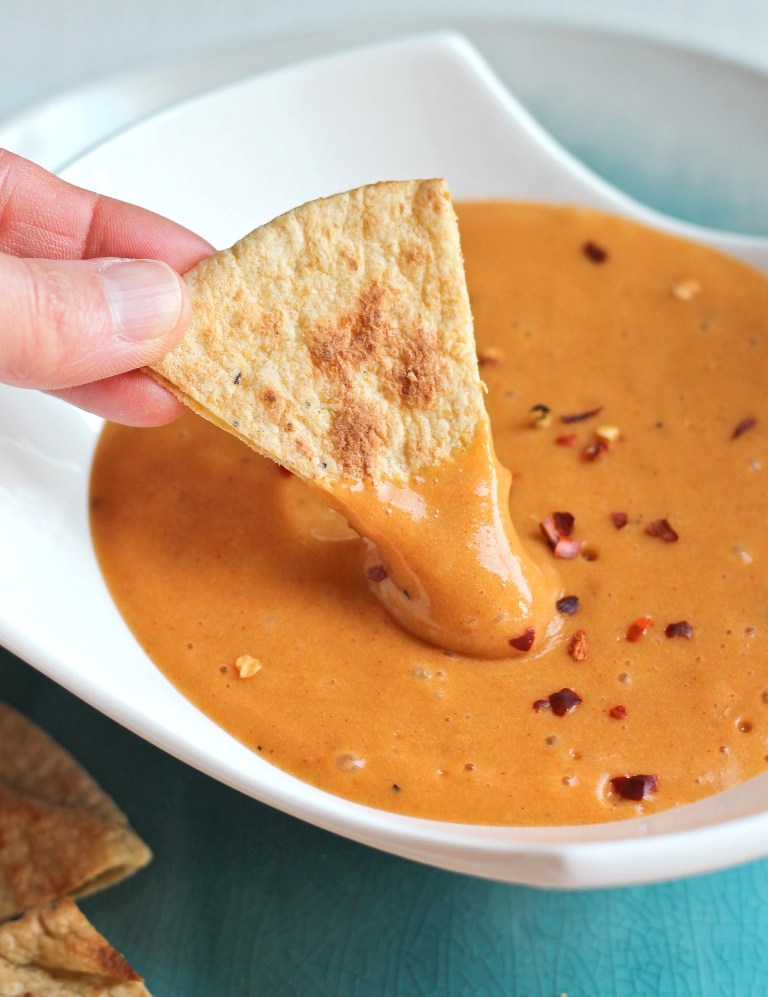 Cadry’s Kitchen’s Creamy Cashew Dressing. Cadry: ” I have been making this creamy cashew dressing for years, and it’s still my all-time favorite salad dressing. Reader Nicole from veganshowoff.com said, “Let me just tell you how awesome I think this dressing is!! It’s my new favorite by far! I could eat it with a spoon (well I kinda did a few times when I was cleaning out the blender!). Thanks so much for sharing this easy recipe!” 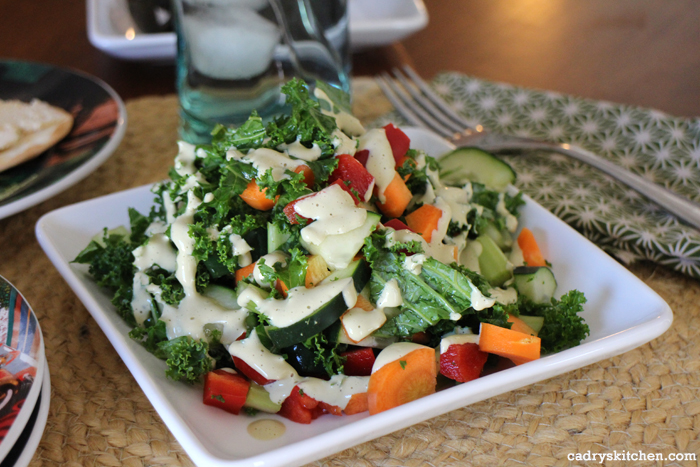 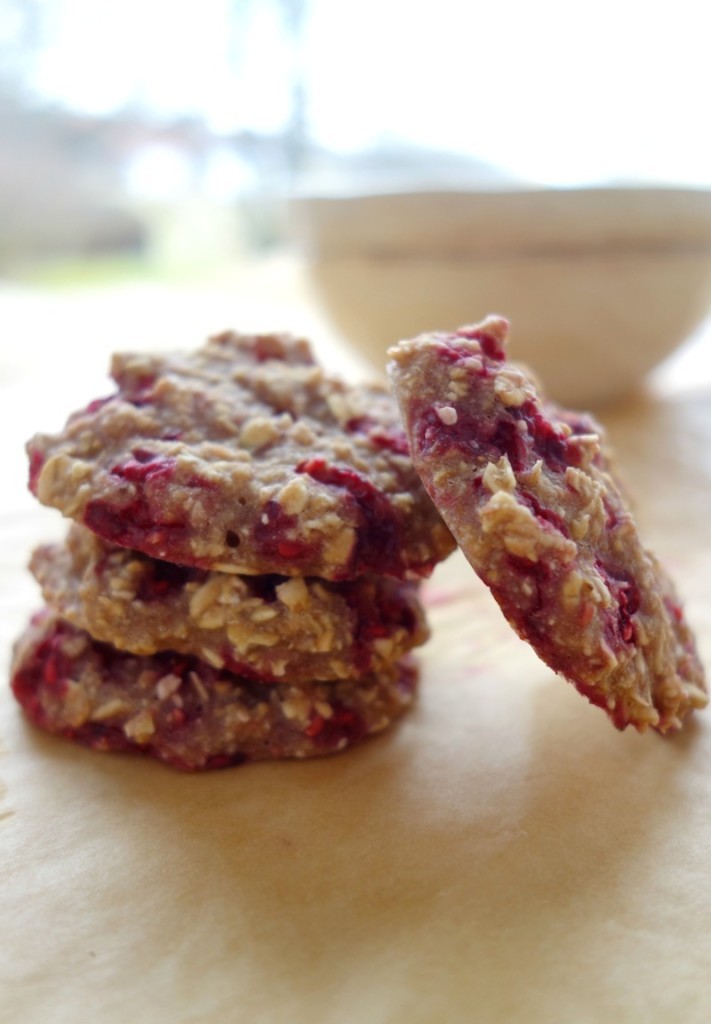 Creamy Roasted Tomato Vodka Sauce with Penne from Go Dairy Free. Feedback from Alisa’s readers: ‘This recipe is SO amazing. I’ve tried other recipes to get creamy sauces before and they’ve failed miserably. This one did not disappoint. In fact – you’d never know it wasn’t full fat, full dairy. Thank you for this – I’m going to tell everyone!!” 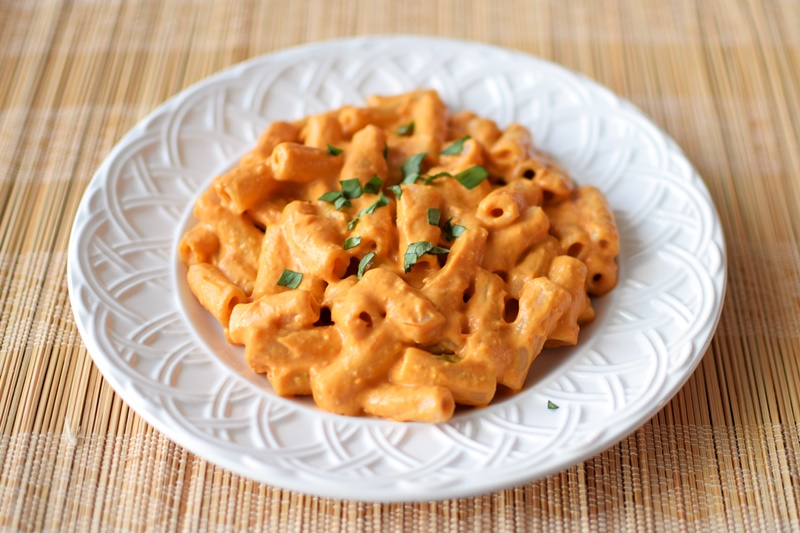 Vegan Lentil Burger by Contentedness Cooking. Feedback on Florian’s burgers: “Dude….these burgers are amazing. Thanks for the recipe. Will probably be making a batch every week”. “This was by far one of the best vegan burgers we have tried.” “I have made just about every bean burger out there since I have been Vegan, but I have to say this Lentil is the best. I did have to alter it some as I did not have any raisens so I used dates and it is woonderful. BEST EVER! Thanks Contentedness Cooking” 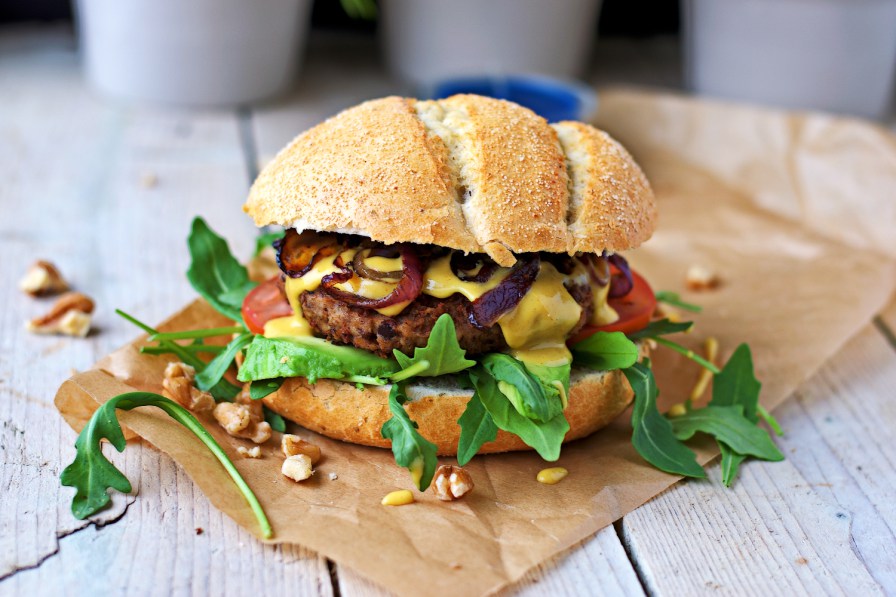 5 Ingredient Flourless Dark Chocolate Cake from Feasting on Fruit. Natalie says: “This 5 Ingredient Flourless Chocolate Cake has been my most popular by far. Why? Well because considering all laws of baking it really doesn’t seem like it should work, those ingredients just shouldn’t be able to cake, yet they do! And it’s one of the most decadent rich fudgey cakes you will ever taste with no oil or fat!” 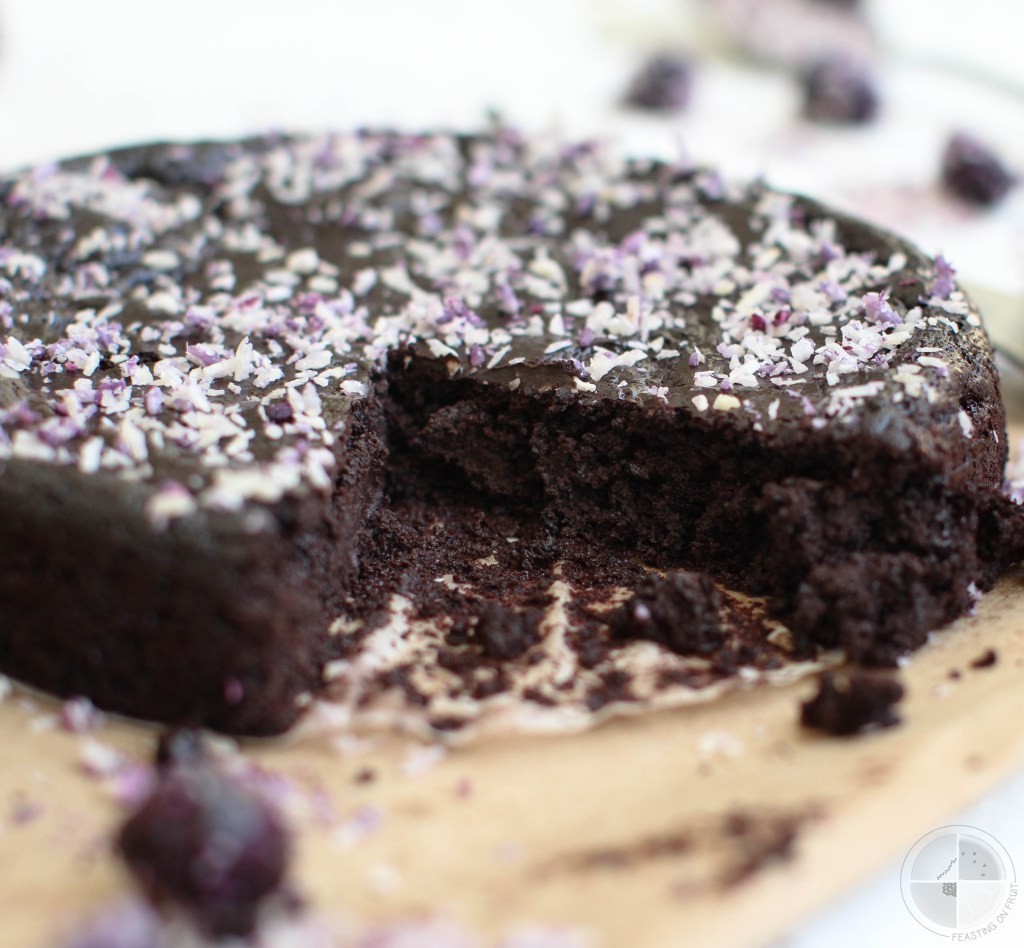 Mini Calzones by Elephantastic Vegan. Bianca: “These vegan Mini Calzones have been my most popular recipe of 2015. They are the perfect party snack or can easily be made in larger sizes for lunch or dinner. The dough is made from scratch and spinach, mushrooms and a homemade vegan cheese sauce are the perfect filling idea.” 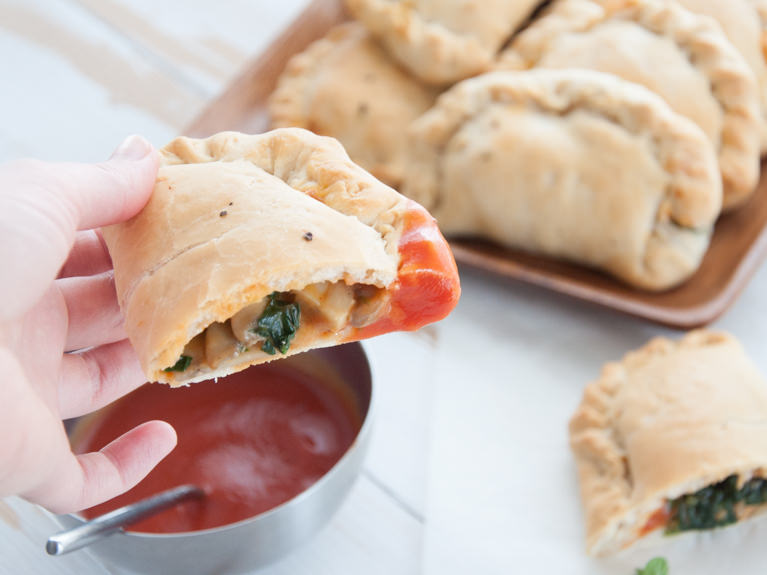 Ultimate Cheese Sauce from Veggies Don’t Bite. Sophia says: “My cheese sauce of course! It’s my most popular recipe almost every single day. Readers say they can’t believe how gooey and cheesy it is without nutritional yeast. And non vegans at the parties I’ve brought it to also are amazed by how it’s made from veggies.” 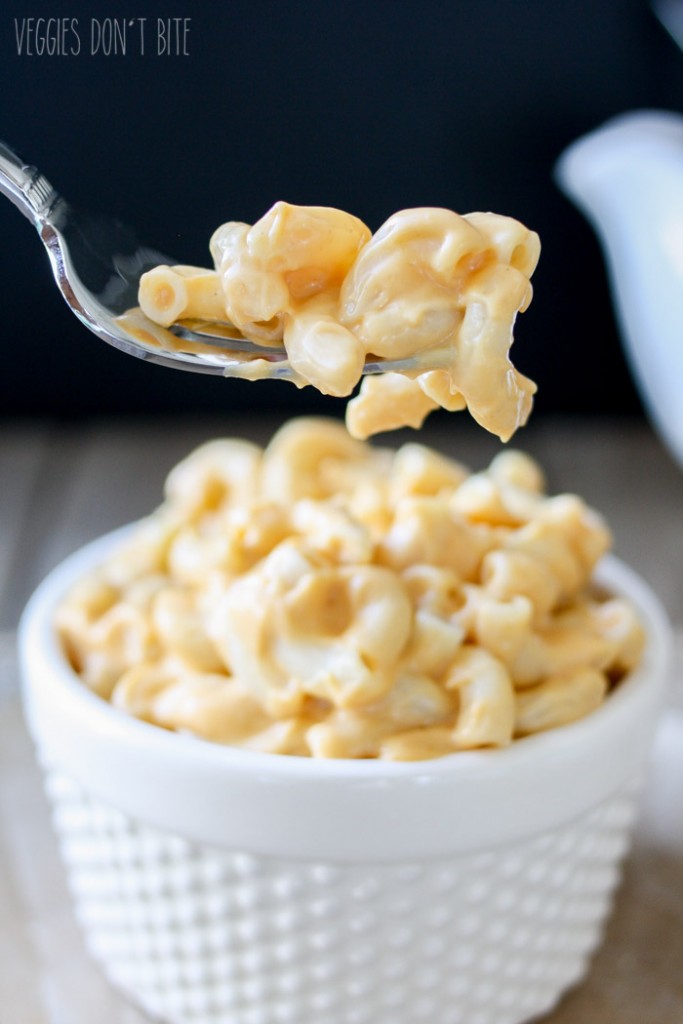 Blueberry & Lemon Fudge from Trinity’s Conscious Kitchen. Trinity’s reader feedback: “OMG divine! I’ve just made these and eaten one and they’re so lovely. I had all the ingredients already in the house so it was destiny.” 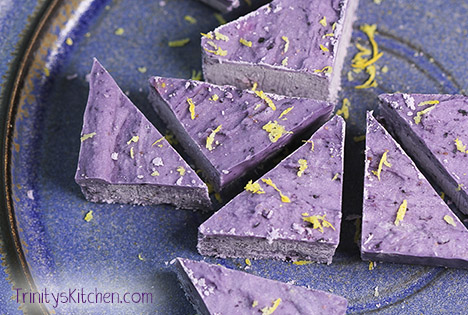 Peanut Butter Banana Overnight Oats from Glue & Glitter. Becky says: “My PB&B Overnight Oats are my most-pinned recipe of the year! They’re super easy to mix up, and they taste like an oatmeal cookie.” 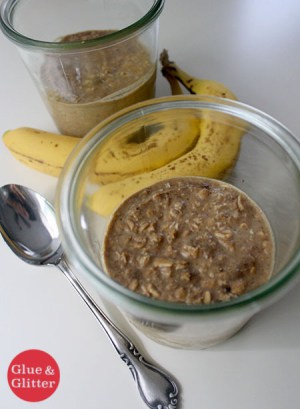 Vegan Heaven’s Green Monster Veggie Burger. Sina says: My green monster burger was featured on Finding Vegan and BuzzFeed and it’s still the most popular recipe on the blog. Readers said: “My Word! Now THIS is a burger!!! I am literally drooling all over myself staring at your pictures! Totally in love with this veggie burger! LOVE the kale, pea and broccoli mixture for the patty!” “My boys usually hate any kind of green veggies, but they absolutely loved this burger! Thanks so much for sharing!!” 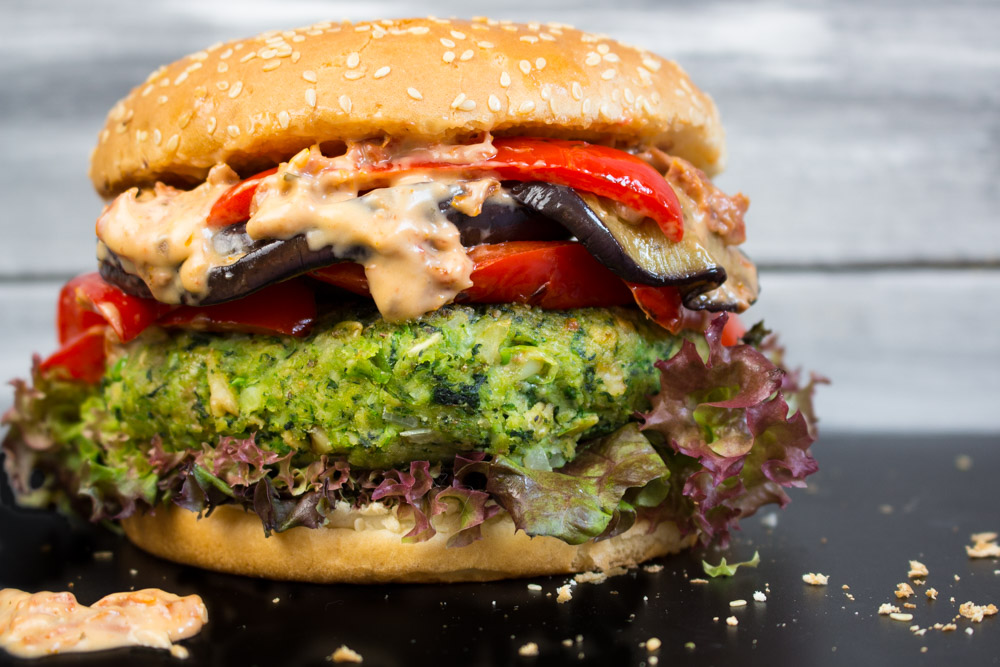 Green Bean Casserole from Dianne Vegan’s Kitchen: “My Green Bean Casserole recipe was a surprise hit with my readers this year. Many people have told me that they made it for Thanksgiving and it’s going to be a holiday tradition from now on. I think it’s been so popular because it reminds people of the green bean casseroles they grew up with, but it’s healthy and vegan, and it’s pretty easy to make too!” 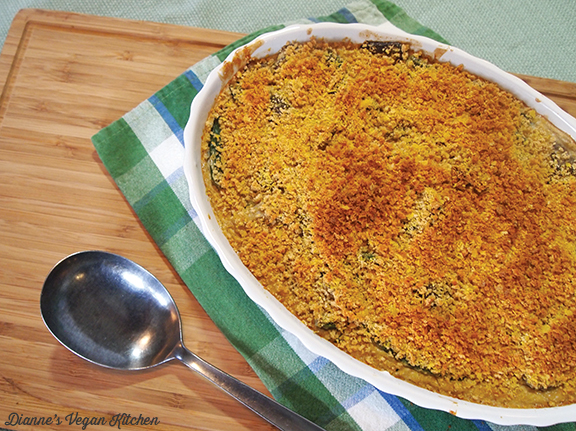 Pecan Pie by Viet Vegan. Lisa: “This is my biggest recipe of the year. I keep getting more and more comments about how awesome it turned out for my readers.” 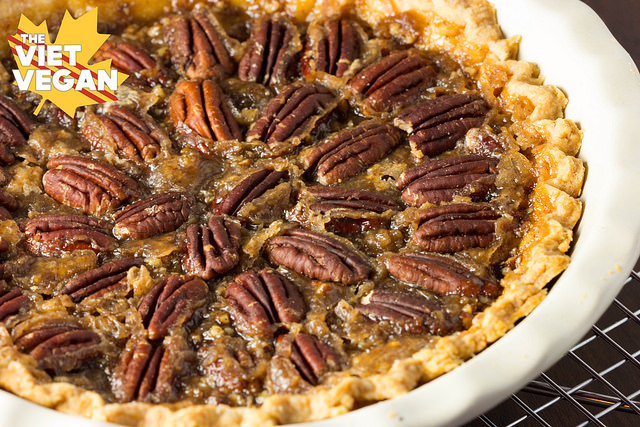 Portobello Mushroom Bacon by Veganosity. Linda: “This recipe went viral on Pinterest and brings me so many viewers. Here’s what one of my readers had to say about it. Rebecca said, ‘Outstanding recipe! I haven’t really missed bacon, but this was delicious with romaine lettuce and tomato. Thanks so very much–this one is a keeper. I’m going to post it to Facebook for all my bacon loving friends.'” 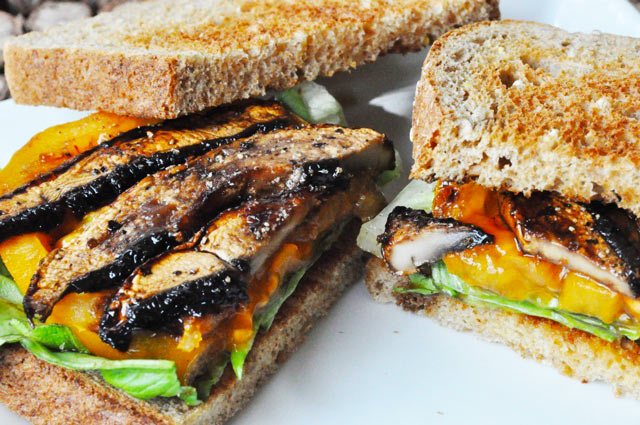 And the TWO most popular recipes from Ceara’s Kitchen were….

White Bean and Avocado Baked Burritos. Feedback: “These were a hit! My husband who is not the most effusive with praise for vegan cooking loved them. He really liked the avocado sauce.” 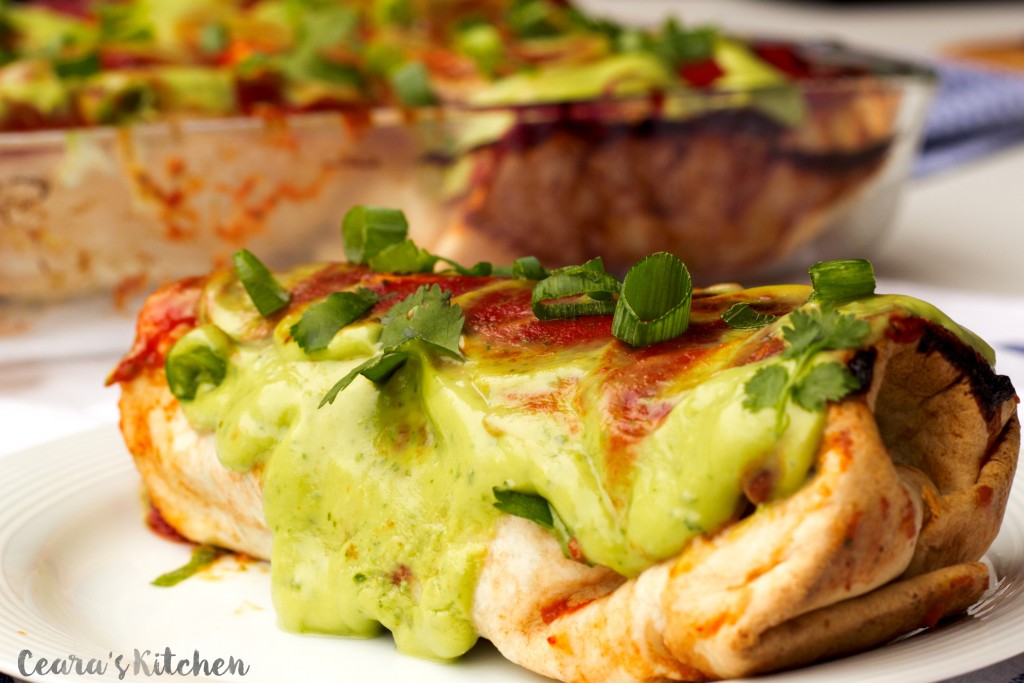 Carrot Cake with Cinnamon Cream Cheese Icing. Feedback: “OH MY. This recipe is the holy grail of carrot cake. I baked this today and had to wait to try it until I got home from work so it was a good thing to look forward to haha, anyways, it was amazing.” 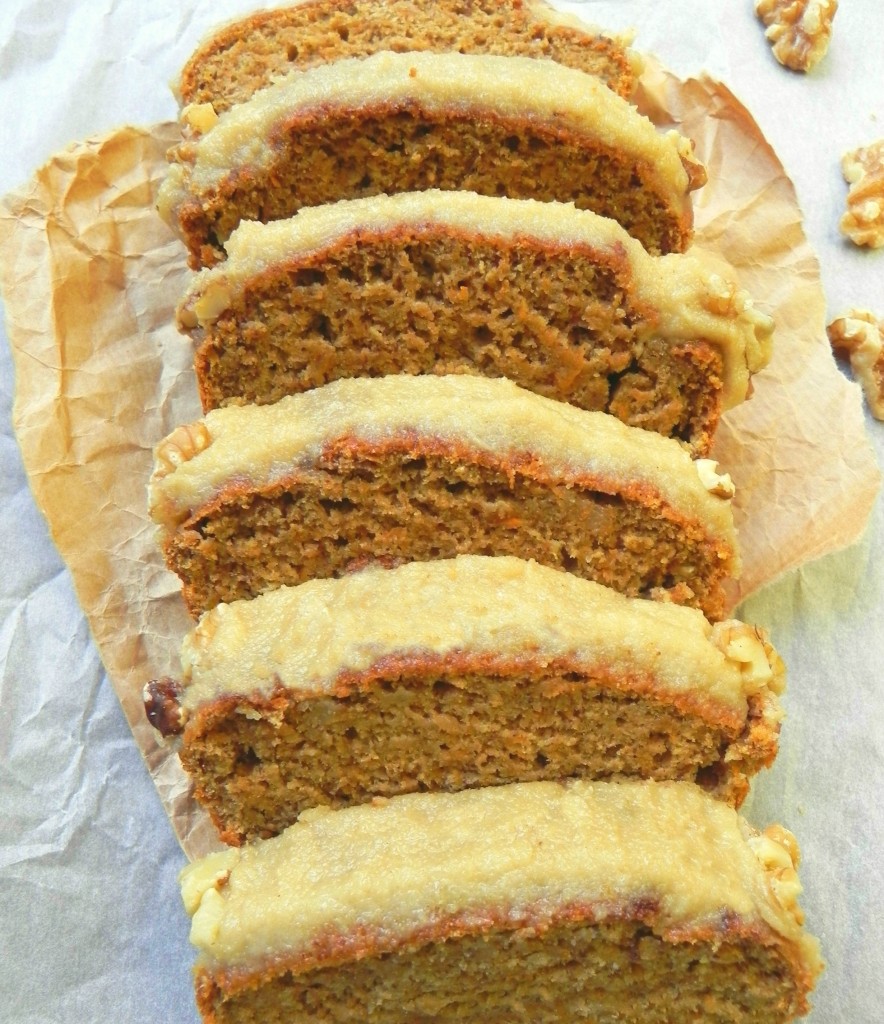 Wishing you a healthy and happy New Year! Here’s to 2016, friends! 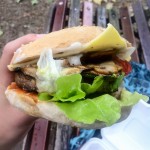 Eating as a Vegan in Belgium

Thanks so much Ceara for including me in this post! What a great collection of recipes. I hope you had a wonderful holiday!

Thanks for your lovely contribution Sophia! 🙂 Happy New Year!

The portobello mushroom link links to the white bean recipe. I need the mushroom bacon recipe!

Congratulations on such an exciting and successful year, Ceara! And thank you for including our Portobello mushroom “bacon” in this epic list of food. Happy New Year! Pinned and shared.

<3 Thank you so much Linda for your gorgeous contribution!! Happy New Year :)

Thank you so much for including my Fat-free Vegan Cheese Ceara! Such a fantastic roundup my friend! Congrats on your wonderful blog. You are an amazing lady!

Wow, what a round up! I must try those calzones ASAP!

The best of the best, I love it! Thanks for including me this was such a fun idea <3 And congrats on your best year of blogging EVER!!! Woo happy 2016 Ceara!