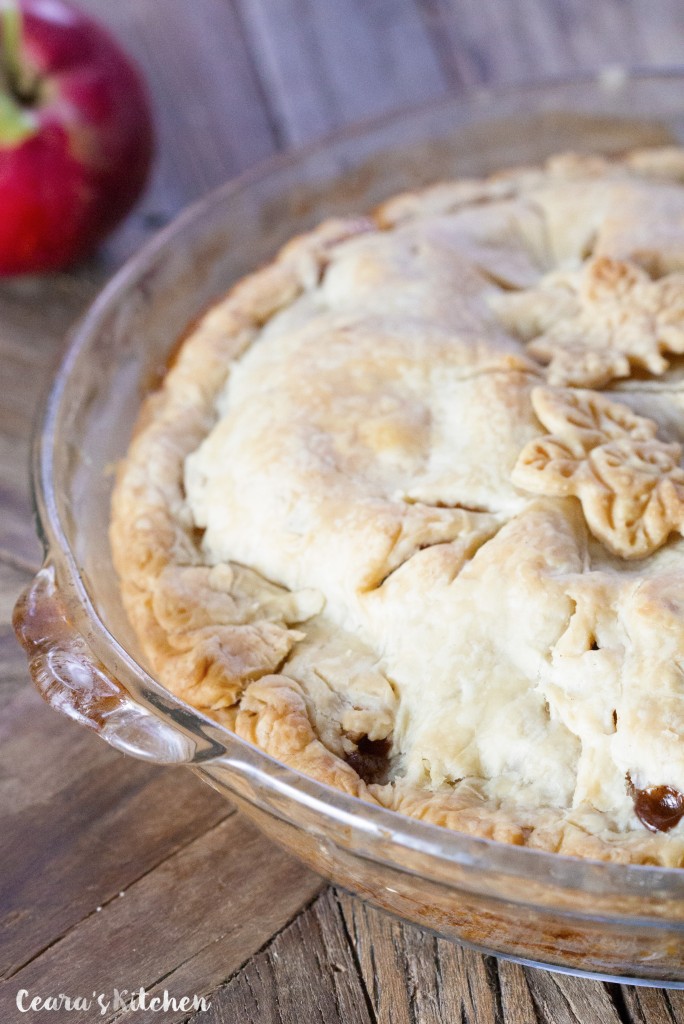 Okay guys, who is loving the apples this time of year? They are absolutely gorgeous and at their sweet and juicy prime. Absolutely perfect for eating straight from the tree (I wish, lol!) and baking into a traditional, rustic apple pie for the holidays.

Nothing beats a a warm slice of sweet apple pie straight out of the oven. This Vegan Apple Pie is filled with a flavorful cinnamon and spice sugar apple mixture. We served this apple pie for Thanksgiving this year and it was a huge hit with everyone at the table! 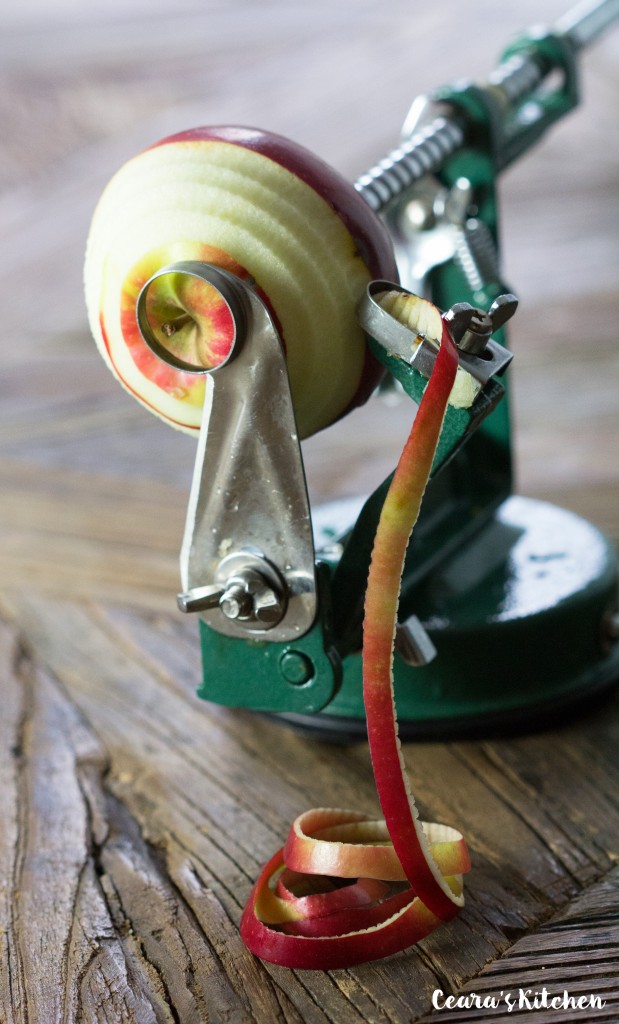 I think one of the reason people don’t make apple pie at home is the peeling and coring of the apples. Let’s get real here, I’ve never met anyone who enjoys peeling and coring apples. Have you seen one of these apple coring & peeling devices before?! They are an apple pie-making lifesaver. I love love love mine and it makes apple pie making a breeze! You literally just stick the apple in and it takes the peel off and core out for you. Plus, it’s pretty fun to use and make fun designs with the apple peels, ha! 😉 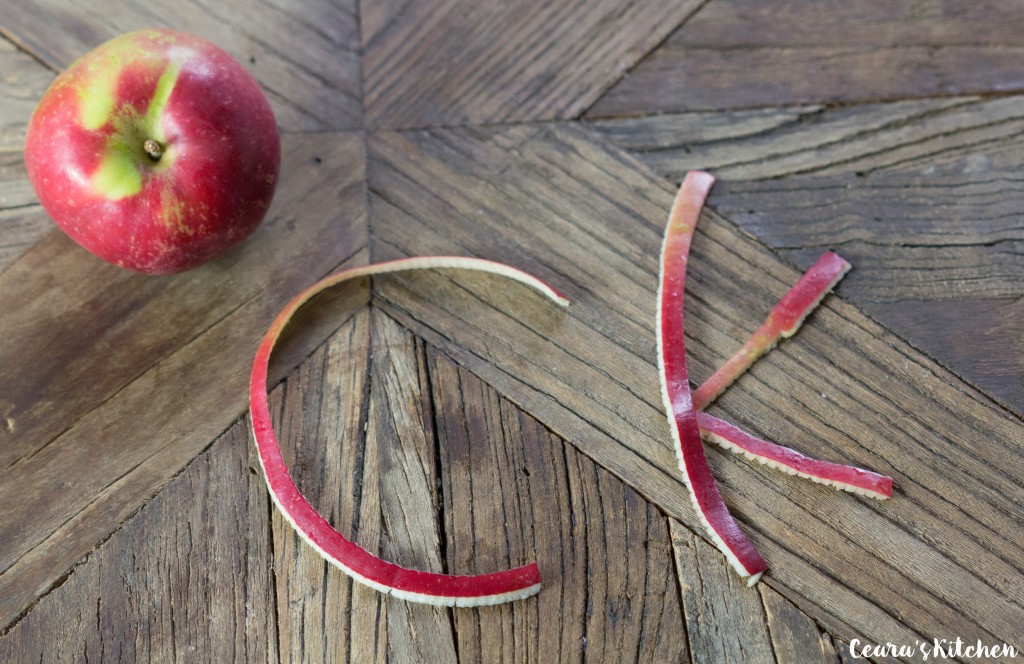 This Rustic Vegan Apple Pie is a simple recipe that uses a few key ingredients that makes this pie so dang flavorful and unforgettable. A lot of pie recipes call for just cinnamon. I like to use brown cane sugar, a pinch of cinnamon, pumpkin pie spice, a splash of vanilla extract and lemon juice in my apple pie. 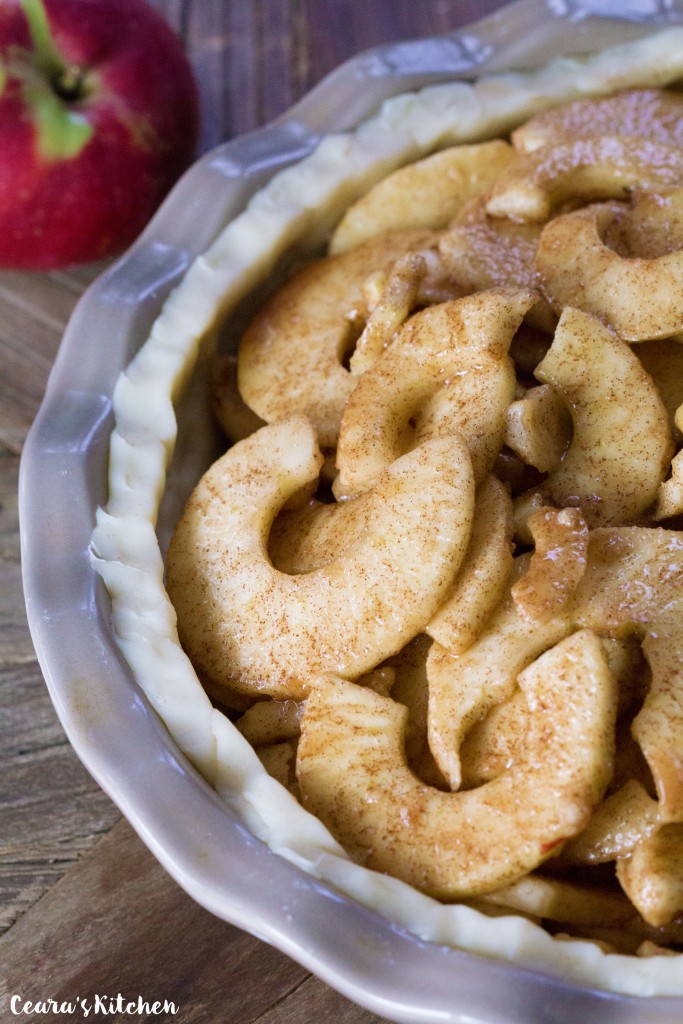 I also call for corn starch in this recipe.  Now before you go running, the corn starch helps the apples to keep from getting soggy by thickening up the apple juice that naturally produces from the apples while baking. There is not a mushy apple in sight here!

The result are a perfectly spiced, traditional, homemade Vegan Apple Pie that tastes out-of-this-world ahmaaazing with a big scoop of vanilla ice cream on top! 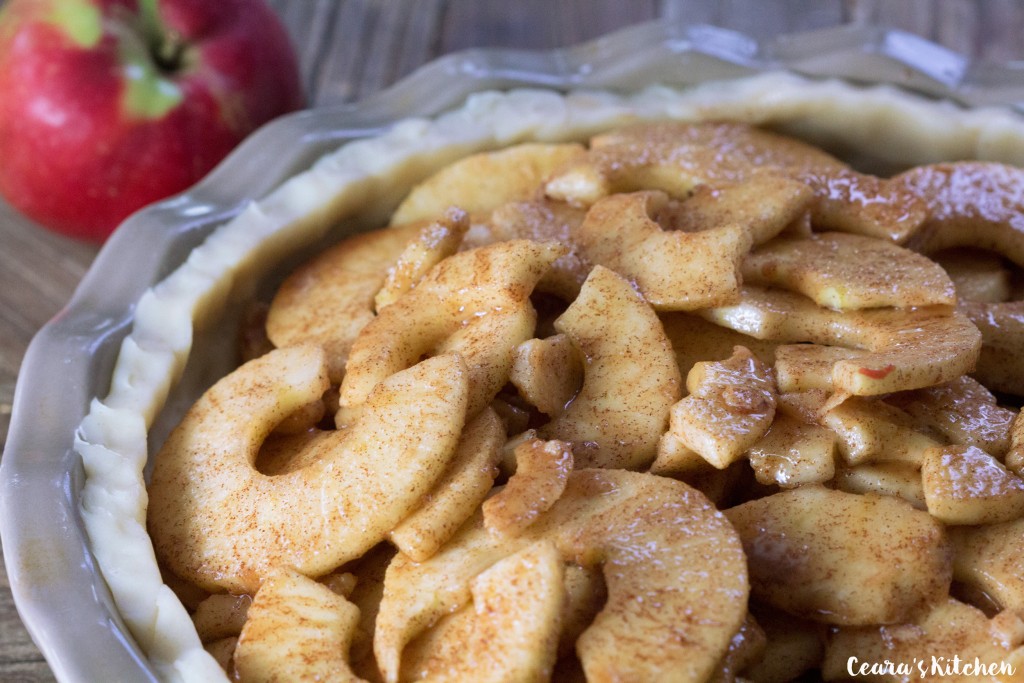 If you make this Rustic Vegan Apple Pie tag your delicious Ceara’s Kitchen creations on Instagram with #CearasKitchen, share them on the CK Facebook page or share your feedback in the comments below! #EatHappyLiveHappy 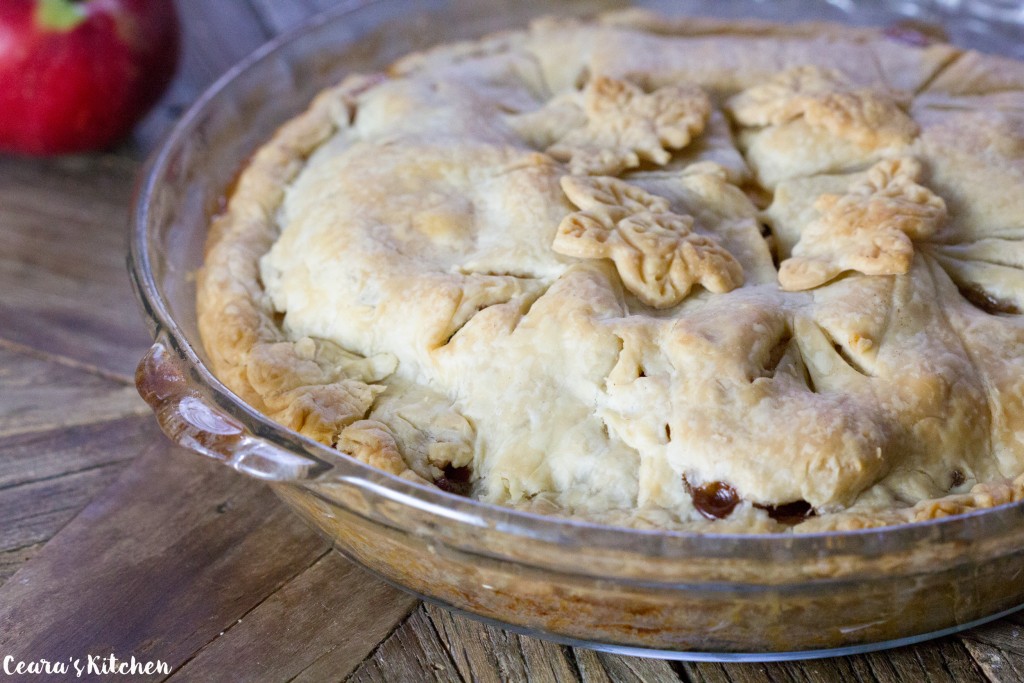 Rustic Vegan Apple Pie
Print
Prep time
20 mins
Cook time
45 mins
Total time
1 hour 5 mins
A traditional Rustic Vegan Apple Pie filled with a sweet and flavorful cinnamon-sugar apple mixture. This pie is perfect to serve for the holidays with a big scoop of vegan vanilla ice cream!
Author: Ceara
Serves: 8 slices
Ingredients
Directions
Notes
1) You can make this apple pie both with and without a top crust - whichever you prefer. This apple pie filling works perfectly both with and without a top crust.
3.2.2925 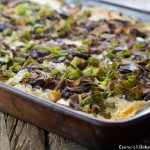 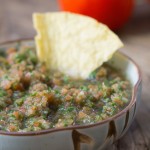 What a great idea to use that coring and peeling device for apple pie!! Do you think a spiralizer would work too? Maybe on the thickest setting?

Hmmm… not sure if the spiralizer would work – I don’t think the one I have would at least. Would love to know your results if you give it a try!

Looks so good my friend! Fresh apple pie is one of life’s great pleasures 🙂

An apple pie without heaps of sugar, such a wonderful thing! Not that I don’t love sugar, but I could eat this for breakfast and not feel at all bad about it 🙂 I am loving your rustic pies, and I need to get one of those peelers so I can make apple pie and applesauce all winter long!

This looks so good! Apple pie is one of my favorites…who doesn’t love apple pie, really?! I need one of those devices in my life apparently!

Yes! Those peelers!!! Apparently they were a pain to use though as I always remember my mom saying NO when my brother and I would ask her to get it out so we could spiral and peel our apples as kids! 😛