Thick, juicy and perfect Vegan Steaks made with a garlic-soy marinade and a hint of maple syrup. These steaks are perfect on the BBQ, with pasta, or as a side with just about everything! 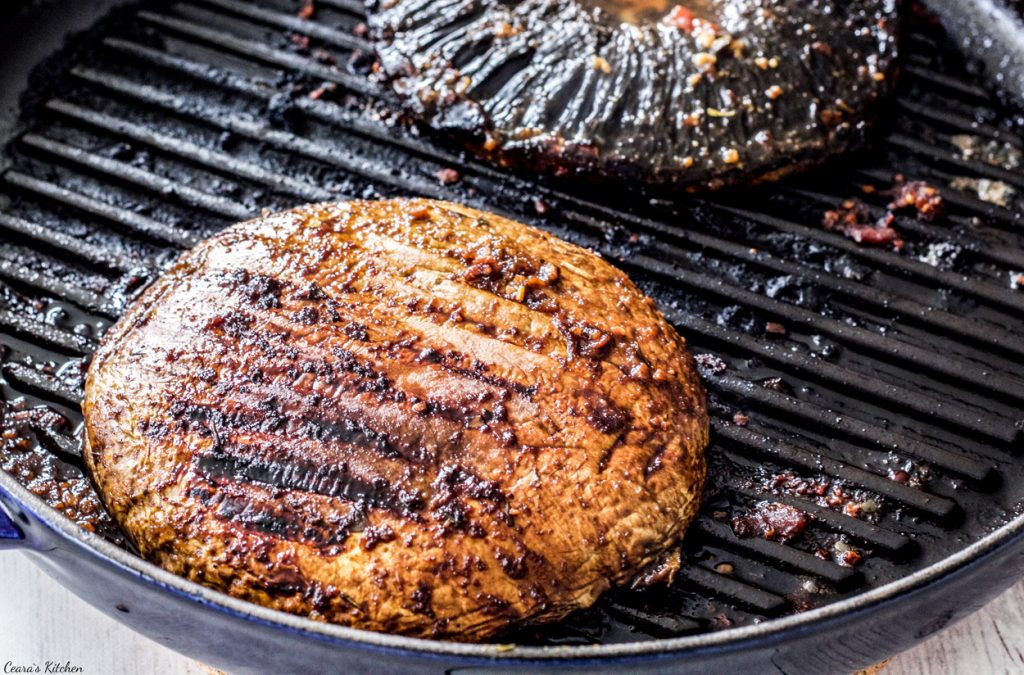 Can you believe it’s already September?! What are you guys up to? Is it back to school in your home? It’s like I blinked and the Summer is already (almost) done. Now that the Summer is wrapping itself up, I knew I couldn’t wait until next Summer to share this recipe with you. Because come Summertime, there’s nothing like good Portobello Steaks on the BBQ.

Have you ever made Portobello Steaks?! Honestly guys, they are my go-to. Who knew Vegan steaks were soooo incredibly tasty and simple to make. We’re having a last kick-off pool party of the Summer tonight and these Vegan Steaks are sure to make an appearance. 😉 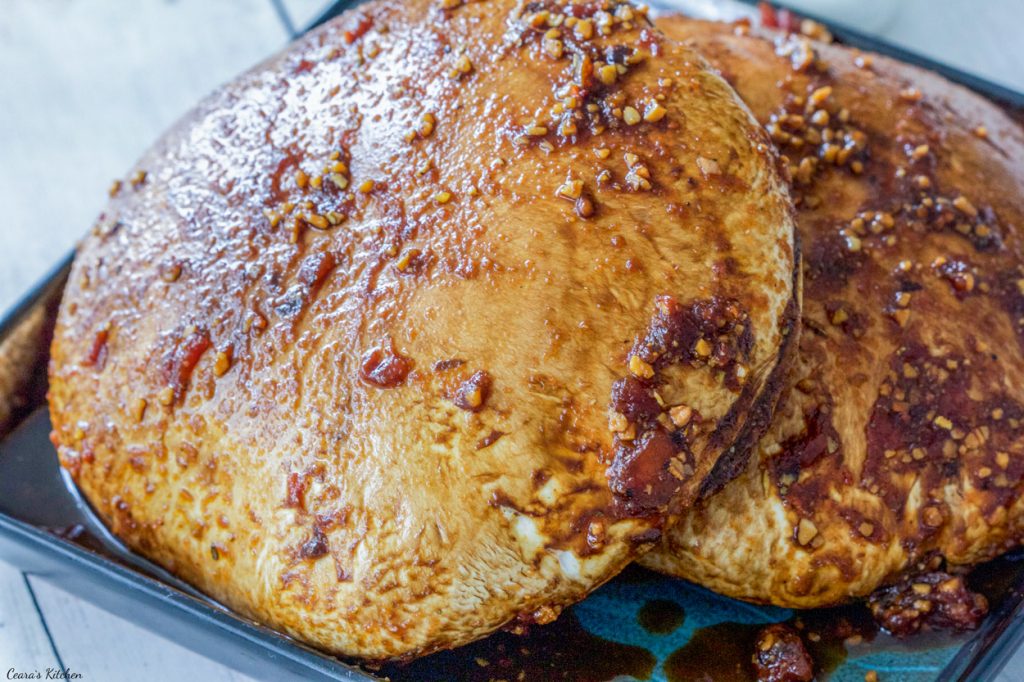 Marinate your Portobello Steaks in an easy-peasy SIX ingredient, homemade marinade. Using marinade from scratch makes ALL the difference in this recipe. And the best part? You can save the leftover marinade for later since you’re using it to marinate VEGAN steaks. Yup.

Grill the steaks on your at home grill or on the BBQ. Brush, brush, brush the Portobello Steaks with the marinade as you grill them. 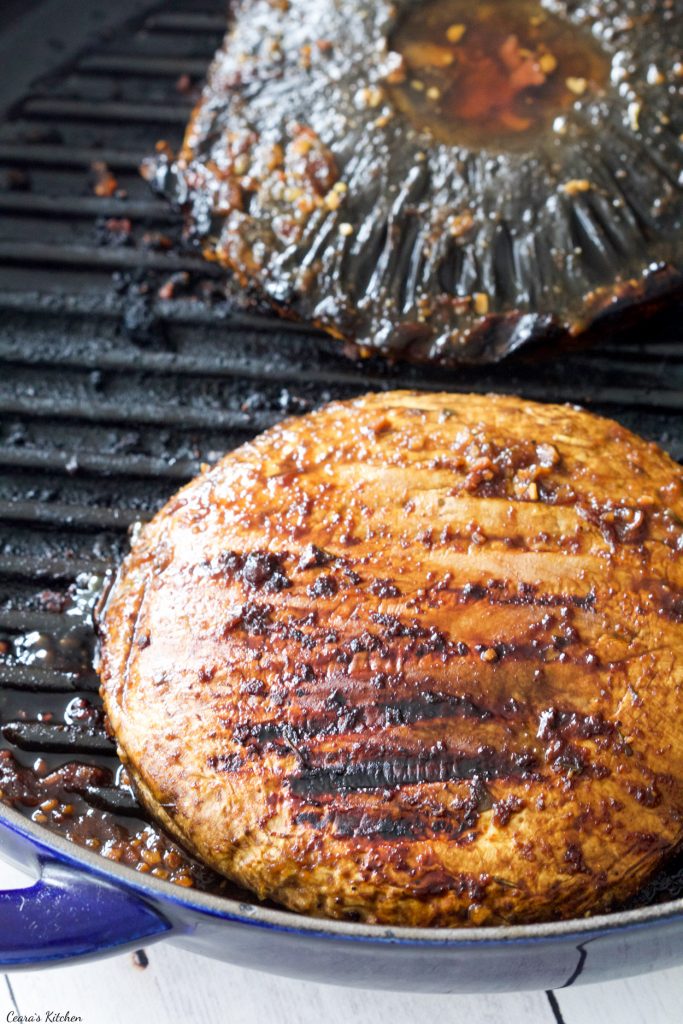 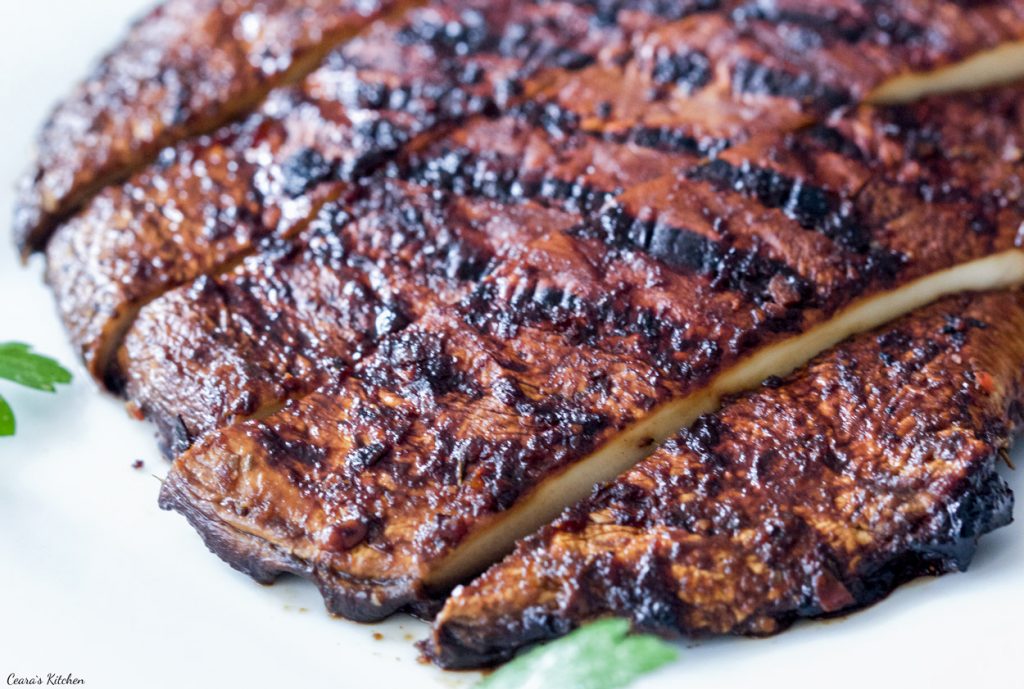 If you make these Portobello Steaks at home, take a photo and tag me #CearasKitchen on Instagram or leave your feedback below. 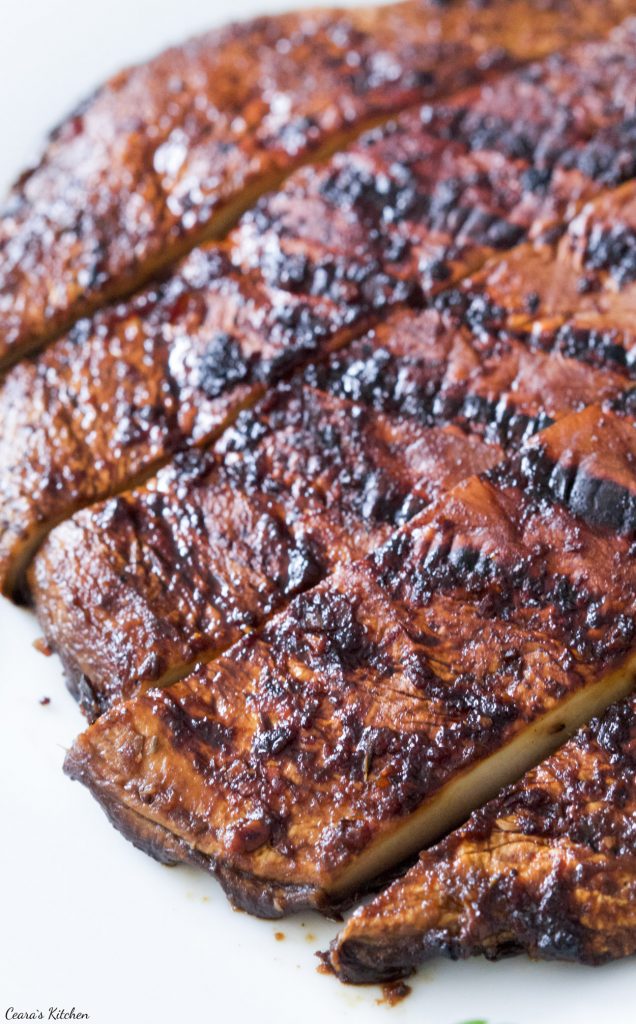 And serve with your favorite pasta, side, in a bun as a burger… however you like! Wishing you a wonderful long weekend! 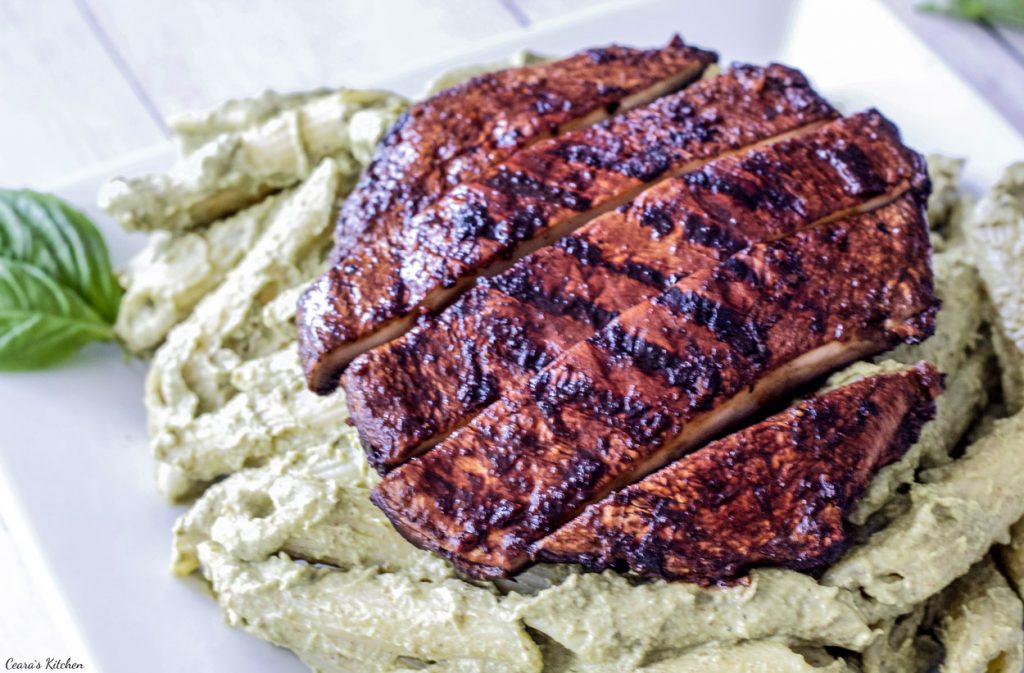 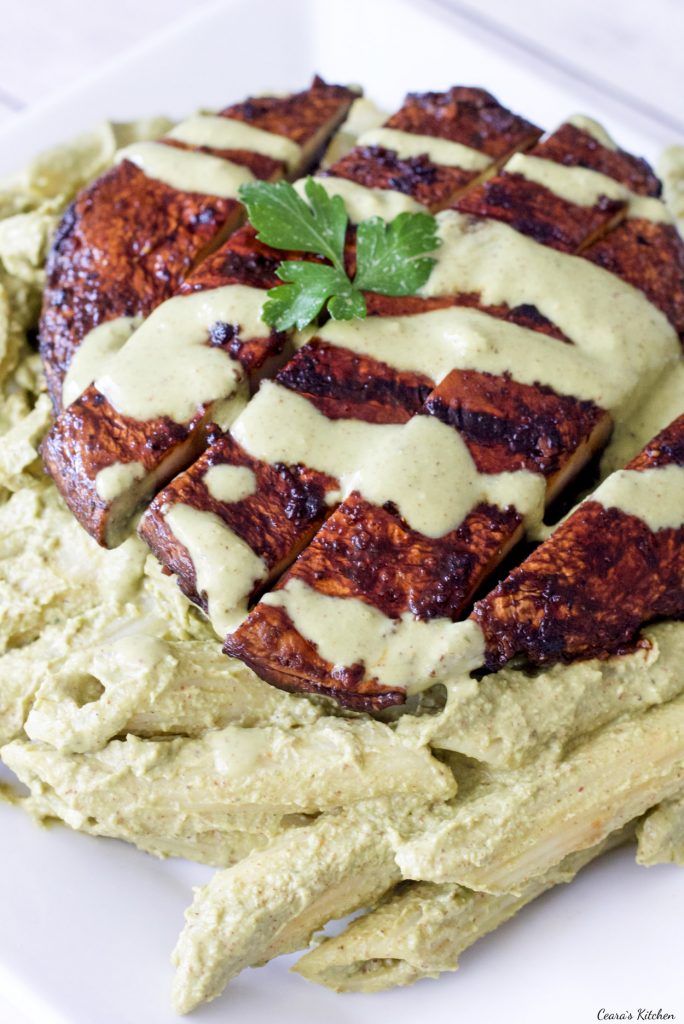 5.0 from 3 reviews
Portobello Steaks
Print
Prep time
5 mins
Cook time
10 mins
Total time
15 mins
Thick, juicy and perfect Vegan Portobello Steaks made with a garlic soy marinade and a hint of maple syrup. These steaks are perfect on the BBQ, with pasta, or as a side with just about everything!
Author: Ceara
Recipe type: Main
Ingredients
Directions
Notes
1) For this recipe to be 100% oil free, omit cooking spray.
3.5.3208 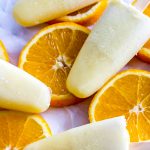 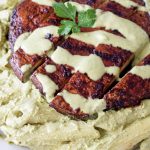 Made these last night and they were delicious! I paired them with cauliflower alfredo pasta and it was a perfect combination. Thank you for a delicious, healthy recipe!

You’re one of my favorite bloggers. This was really good.

Í used worhchester sauce in stead of the soy and it came out wonderfully. Thank you for the recipe 🙂

Glad you enjoyed it!

I want to try this recipe. Can I skip the molasses?

Was there a certain temperature to get the Mushrooms to, to know if they were done?

What is the delicious looking bed that you’re portabella is laying on, and what sauce is on top?

It is a bed of pasta with my almond butter pesto recipe! https://www.cearaskitchen.com/vegan-creamy-pesto/

We grilled this tonight for my vegan daughter and she loved it! Thanks for a great recipe 🙂

So glad you and your daughter enjoyed the vegan steaks! 🙂

these look amazing! What is the sauce on top of the mushrooms?

Is tomato sauce the same as tomato puree?

No. Tomato puree is thicker. Use any plain jarred or canned plain tomato sauce in this recipe! 🙂