This is a bit of a different spin on the regular #MoveitMondays post. I though I’d share with you where I’ve been living over the past couple years. 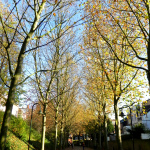 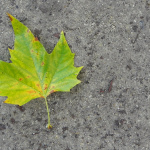 It occurred to me the other day that even though I bring my camera with me whenever I travel I have few photos of the quaint and beautiful city I’ve come to call my second home. 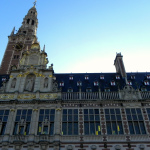 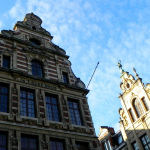 So this morning, I got up early to go for a stroll and took a couple photos of my favourite places. It’s a cool feeling to step back and take a look at where I’ve been living through a camera lens. I have come to love and become so accustom to so many little spots in this city. I thought I’d share a couple of them with you today 🙂 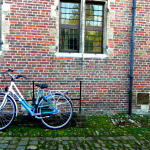 Welcome to the city of Leuven, Belgium. The city of Stella Artois, Medieval Abbeys and charming side streets. 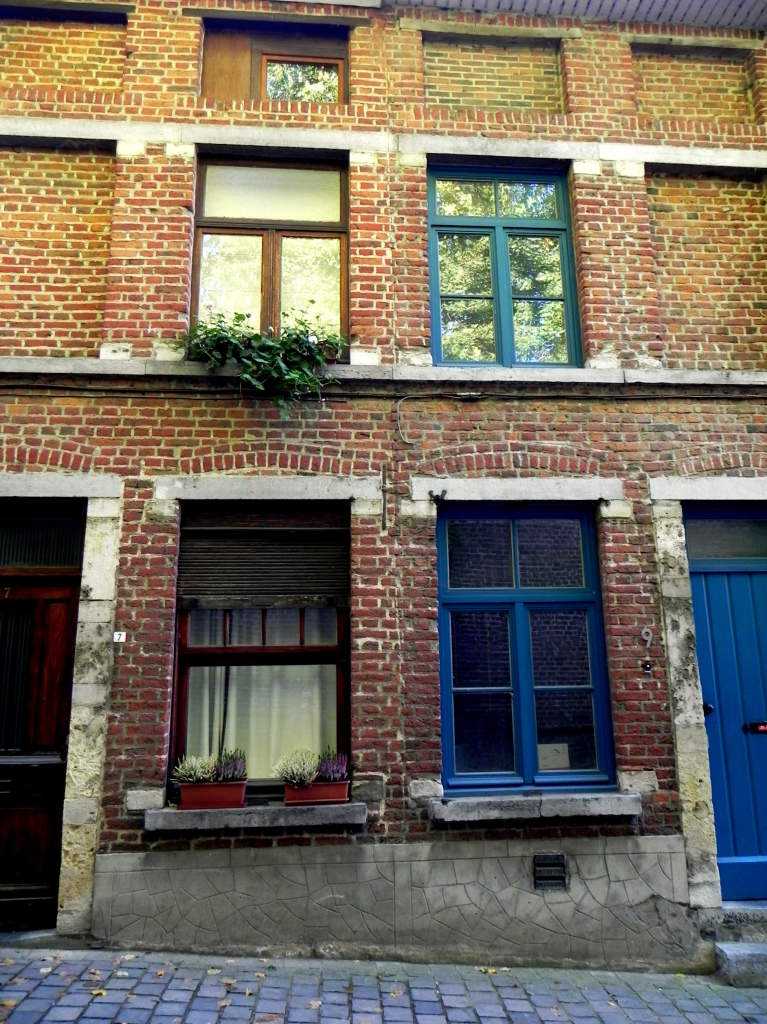 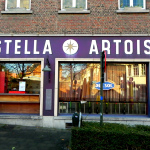 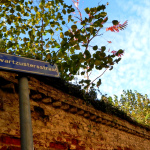 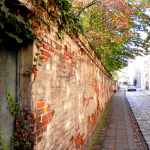 Sometimes I forget that I’m living in an 11th century city and sometimes I cannot stop thinking about all the history that has happened here over the past centuries. 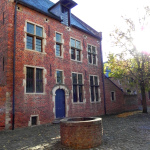 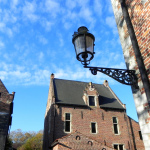 Because tomorrow is Remembrance Day and Remembrance Day is particularly a big day here I thought that this post was especially well suited. This year is the 100th anniversary of the First World War so tomorrow will be a historic and solemn day in Leuven. 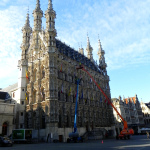 It’s hard to fathom that where I am currently living was totally devastated during both World Wars. It’s crazy to think how quickly a city can change. The flowers grow here throughout the city and during poppy season the wild flowers grow as far as the eye can see. 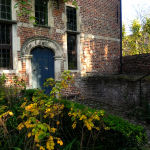 During my undergraduate degree I worked alongside veterans at the Canadian War Museum. I always felt privileged that I was given the opportunity to get to know and listen to their stories firsthand. I heard some amazing stories and met some people who I’ll always remember while working there. And now that I live in the middle of Europe where these events took place it makes you do a lot of reflecting. 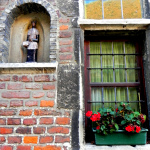 Thinking and remembering everybody effected by trauma, war and unsettling things around the world this week. <3 Lest we forget. 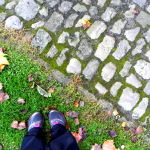 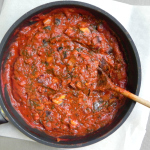 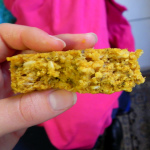 Eating as a Vegan in Belgium

Heading back into the Land of Chocolate!

The Best Healthy Travel Snacks: What to...

Thank you for sharing this beautiful city, Leuven! It looks so calm, quaint and lovely with beautiful old buildings where the past is still very present! What was your favorite historical site in Leuven? I’m particularly fond of Belgium and really, really enjoyed everything there especially Antwerpen.

Brb. Getting my teleportation device.

Such a beautiful city.. lovely architecture. . These pictures are so enticing I wanna pack my bags and jump onto the first flight I get to Belgium.. 🙂

Oh gosh visiting Belgium would be a dream come true since I am so into old style architect buildings and medieval style structures!!! I would love riding my bike around the cobblestones. Oh such a lucky girl 🙂

Come on over to Belgium! 🙂 It’s a great place to visit and soak in all the architecture (and chocolate tehe!). 🙂

It looks like a lovely place to live very enchanting!

Such beautiful pictures of Leuven. The cathedral is gorgeous. I’ll have to put it on my list of places to visit 🙂 Thanks for sharing!

Thanks, Vanessa!! Leuven is def. a beautiful city to visit!

Beautiful city, I love Europe .. It has lots of history and very beautiful castles and other buildings. Europe will always be home for me .. The place where I grew up..

Thank you for sharing your city with us! The photos are beautiful. I love the architecture and the history of European cities.

Thanks for the sweet words, Linda <3

Beautiful pictures!! I want to go there! 🙂 Just lovely!! Thanks for sharing and I hope that you have a great week!!

Thanks, Cailee! <3 Have a great week too!

You live in a beautiful city Ceara. Love the old buildings and the amazing architecture!

These are such stunning photos, Ceara! I love how much history there is and how beautiful all the buildings are! Thank you so much for sharing with us 🙂 This is such a wonderful tribute too!

Thanks for the kind words, Kelly!

Thanks, Filip!! It certainly is a beautiful city!

This is such a fun post – now I need to get my bum to Leuven!! Those buildings are so pretty!! Also, I need to take more photos of Palermo…totally slacking there too, and this was a great reminder!

You do! Get your bum over here from Italy!! And take some more pictures of Palermo – I love your Sicilian Sundays posts!

So hey, can I like.. come be your roommate? Pretty please? I promise I’ll do all your dishes AND mine and feed you tons and we can take runs together and long walks on the beach through the freaking gorgeous city. Et parler ensemble le français! Bien que j’en ai tout oublié..

Also, this morning was definitely a I-should-run-but-OMG-my-legs-lets-just-awkwardly-walk-home-with-full-gear-on-and-the-iphone-armband-so-it’s-totally-clear-I-just-wimped-out morning.. yay…

Um yes please! As long as your bring a Waffle Maker and swear to make me your delicious Vegan Pumpkin Waffles like everyday (still on my list to make when I go home for Xmas & have accesss to my mom’s waffle maker!) 😀

Absolutely gorgeous pictures, Ceara! To be honest, I don’t know too much about Belgium, but I’m in awe of how beautiful it is. Sounds like you live in a place so full of history! It’s amazing how far that country has come from both World Wars. What a wonderful tribute, too!

Thanks for the kind words, Gayle! It is a beautiful place to live 🙂

I love the beautiful photos Ceara! I’m originally from Europe (but live in the US) and always like to look at pictures that people take, while in Europe!

Stunning photos! Now I am no photographer, but even I took some nice pics in Europe, mostly of bikes! Ha. I love how people stay active using bikes so much more than we do in America. My husband is thinking of biking to work, but I’m on the fence until we get better life insurance!! The roads near us are crazy and it would be a scary drive everyday. Love the window box too =)

I love the biking culture here as well Laura!! There are more cars than bikes on the road in Leuven! 🙂 I know what you mean about being scared that it’s too dangerous in some parts – I’m way too chicken to bike on busy roads!

I LOVE all these photos, Ceara! Makes me anxious to want to get over to Europe. I’d love to explore a historically-rich city like that!